Annie and I have been busy. Thanks also to our Gaol Naofa community, who have shared their photos and music, posed for photos, made coffee, driven us to wifi spots while we stared at our laptops, given vital feedback and spotted typos. We're having fun doing these, and have more to come.

This batch includes Lúnasa /Taillte, The Prophecy of the Morrígan, and La Fheill Micheil. For more about the videos, see our blurb on the website, discussion in our various online communities, and our channel itself (notably the Festivals playlist).


The Prophecy of the Morrígan

ETA: Annie goes into more background on the conditions of peace at Lúnasa, and the importance of this tradition in her post.
Posted by Kathryn Price NicDhàna at 6:37 PM No comments:

Tillie Black Bear, healer and warrior woman, advocate for survivors of rape and domestic violence, without whom many of us would not be alive, has crossed over. She made a profound difference in my life, and in the life of so many survivors. I've posted about her before, and many of the "stopping the violence" resources I list in the sidebar would not exist without her. What I haven't spoken about as much publicly is the direct, personal impact she had on my life. She is one of the women who saved my life. Without her work, I would probably not be here.

Her compassion, her courageous stand for women and tradition in the face of patriarchal violence, her refusal to let anyone forget that violence against women is not traditional in tribal communities, and is never, ever acceptable, changed the lives of all she touched. And she touched so many.

Love and gratitude to you, Tillie. Peace and comfort to your loved ones. Know that you touched, healed, and saved so many lives. May others pick up the many burdens you shouldered and continue on in your name. Safe and sacred passage to you. I love you, will miss you, and honour you as an ancestor, because without you I would not be. Slàinte Mhath. 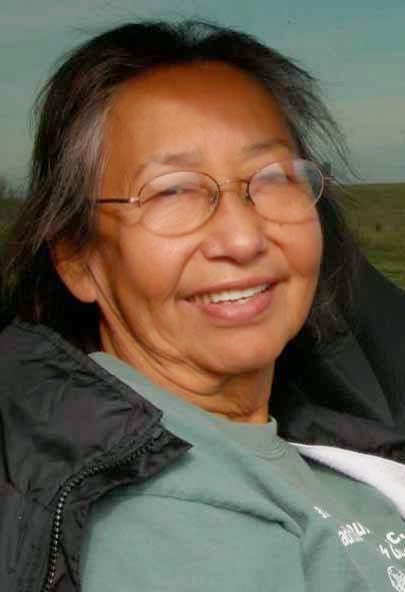 We've been busy at Gaol Naofa! Along with all the usual activities of summer, we've made some more videos. Here are five more in the series, focusing on the seasonal and local festivals.

We had fun making these, and hope they can provide a brief intro to the subject for those less inclined to read a 90 page article or scholarly book. Additionally, we've dedicated our efforts to capturing the essence of each topic in visuals and music in a way bare words cannot. After all, the lore says we must drink from all five streams of knowledge, and engage all the senses in absorbing the sacred.

Images are mostly of the sacred sites and activities associated with each of the deities, spirits and festivals. Music is either an old, traditional song on the topic, or a contemporary version of traditional lyrics and tunes. Traditional prayers are included. Some of these images are old, archival photos, others were taken very recently by our members in the Celtic Nations and diaspora (in some cases photographed expressly for this series). Much gratitude to all our friends and relatives who went trekking with their cameras in tow!

Lá Fhéile Bríde — The Festival Day of Bríd
As the sun sets on the last day of January, the goddess Brigid walks the land, bringing the first stirrings of spring. Even if the ground is still covered in snow, the earth begins to stir from her long winter sleep.

Là na Caillich — The Day of the Hag
Spring is starting to happen around us, and the Clumsy Old Woman who Shapes the World is stirring up the last of the winter storms, and considering lying down for a bit of a nap. Sometimes when she does this, she accidentally creates a river or loch. Other times she drops stones she's carrying and, Ooops, another mountain range appears. She's had a lot on her mind, and wants to take a break.

Bealtaine
In the Celtic lands, the summer is here. When the hawthorn blooms, it's warm enough to move the flocks and the herds, and hold bonfires welcoming the light half of the year. Readers of this blog will recognize the song here.

Midsummer — Áine agus Grian
The Celts do not have a "sun deity" in the way Classical mythology would frame it. Instead, our deities and spirits are multifaceted, with full personalities, like the people they watch over, like the ancestors some of them once were. (And still are, for many of us.) In the Gaelic areas, as in most Celtic cultures, the fire festivals of Samhain, Imbolc, Bealtaine and Lúnasa are the major festivals. Activities and beliefs connected with the solstices and equinox tend to be based either on older, pre-Celtic remnants that survived in some form as local festivals, or on imports that came with the Norse and were syncretised with local beliefs and customs. Not all communities acknowledge these solar phenomena, at all, but those that do tend to associate them with beloved local spirits, often those of sovereignty.

Manannán — Paying the Rents at Midsummer

Mac Lir, son of the sea, patron of the Isle of Man, guiding spirit of Gaelic Polytheism. Well, one of them. But Manannán has shown an especial interest in the development of Celtic Reconstructionism, and I am happy to have this lovely video about him and his work, an homage and thank you for the guidance he's provided us over the decades.

Posted by Kathryn Price NicDhàna at 12:24 PM No comments: