Summertime... and the Frauds are Frontin'

Midsummer is a sacred time in many cultures. The sun is at her strongest, the weather is lovely and folks are outside.

Yes, I said, "her." In the Gaelic languages, the sun is female.

Irish Goddesses associated with the sun are Áine and Grian. Áine's time is midsummer, her symbols include the bright red summer sun and the red mare. Her sister, Grian (whose name is also simply the name for the sun) looks to be associated with the pale, white sun of winter, and in my personal experience she has an association with a pale, light gold mare. In Ireland, the two sisters have sacred hills near one another, where people have torchlit processions and make offerings to honour them.

Here on Turtle Island (the North American continent), many Nations also hold this as a time for ceremony, and it is a favored time for interfaith gatherings, worldwide. Interfaith gatherings can vary widely. Those run by traditional people are best, in my opinion, but it is also important to make sure people are involved who understand the protocols of the various groups participating. It's unfortunately common for people from unfamiliar cultures to take advantage of those running interfaith gatherings, by misrepresenting themselves to folks they hope won't know too much about the cultures they claim to represent.

To this end, the crew at Gaol Naofa, with help from the CAORANN stalwarts, have put together some memes and leaflets to help navigate these issues. We have several formats of three basic documents, depending on what sort of social media you prefer, or if you want to print them out.

If any of the content seems confusing, we go into more detail in the wordier versions on the pages above, as well as in our collection of articles. 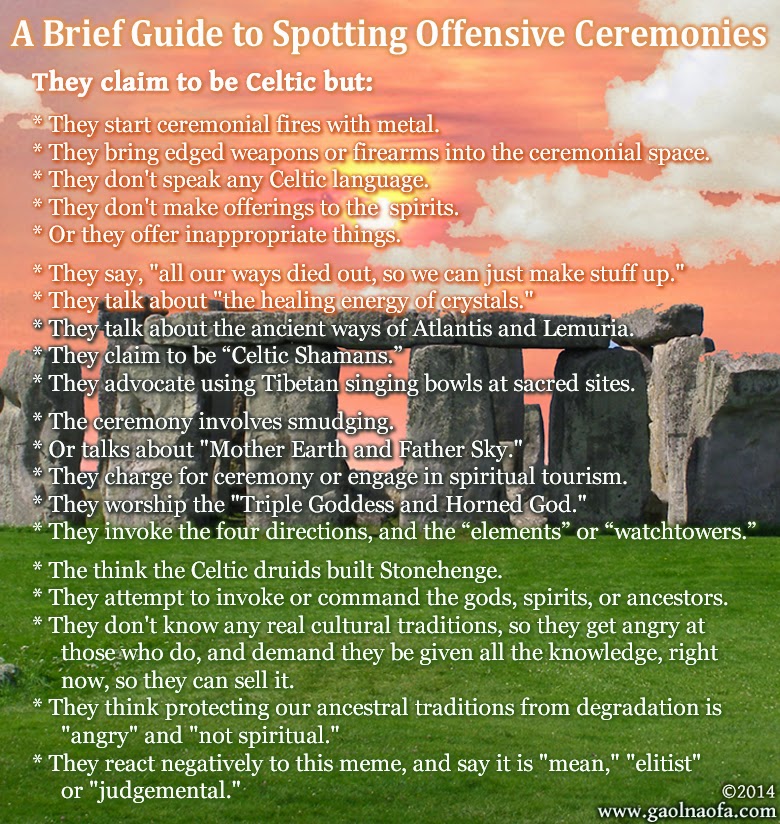 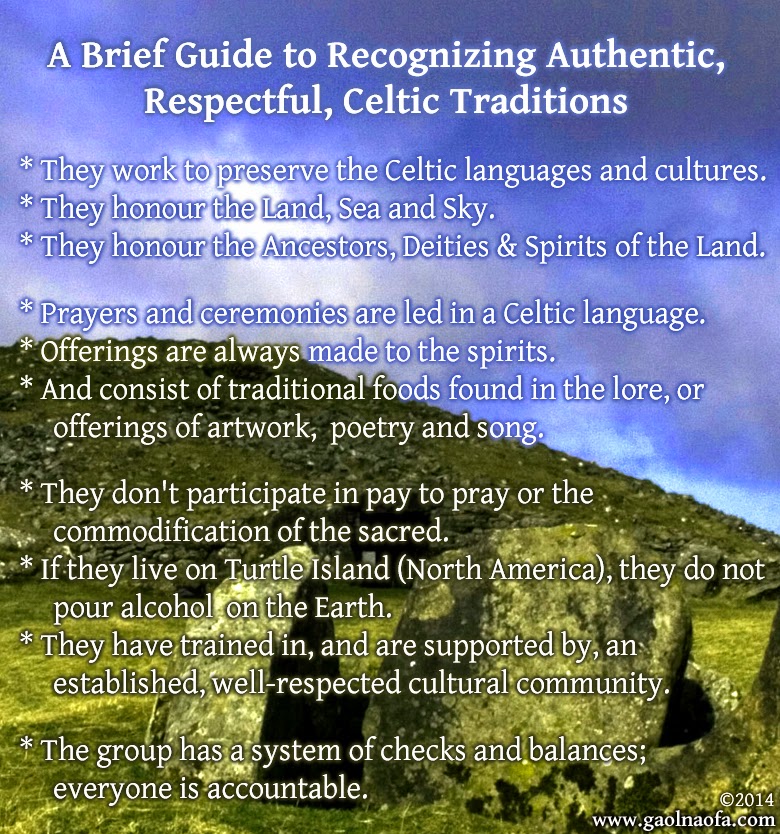 Posted by Kathryn Price NicDhàna at 6:13 PM No comments: